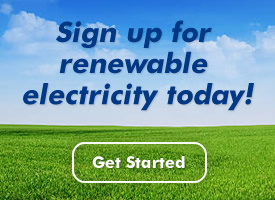 Hydropower is electricity generated from moving water. Hydropower is one of the first renewable
sources of energy used to produce electricity. Since the onset of this concept, people have been using
the force of moving water in streams and rivers to generate electricity. Up until 2019, hydropower was
the largest source eco-friendly power generation in the United States each year.

More recently, hydropower represented over 7% of electric generation and 37% of renewable electricity
generation. The decrease in production of hydropower over time is due to the increase in renewable
energy generation from other sustainable resources.

Hydropower relies on the amount of water that is available for generating electricity. The quantity of
rainfall that drains into rivers as well as streams in a geographical location identifies how much water
available for generating hydropower. Seasonal changes in precipitation and climate changes will have an
effect on precipitation which will have a negative effect in the production of hydropower.

With the use of turbines and generators, hydropower converts kinetic energy from the flow of moving
water into renewable electricity. The renewable energy that is produced is then fed into the electricity
grid and distributed to homes and businesses.

Wind energy is generated from wind turbines also known as windmills. Operating wind energy facilities
require complex planning as to where to position the wind turbines and determine how quickly and how
much wind blows at its location. Ideal wind energy locations include tops of smooth rounded hills, open
plains as well as water, and also gaps between mountains causing a funnel that increases wind speed.

Since wind energy is dependent on hourly, daily and seasons, at time its output may outpace the
demand. When this happens, turbines are slowed down to sub-optimal speeds. In general, when wind
energy is being produced, it is distributed straight into the electricity grid and distributed to homes and
businesses.

The sun has produced heat and power for billions of years and is the best resource for every one of the
power sources and fuels that we use today. Individuals have utilized the sun&#39;s rays (solar radiation) for
hundreds of years for heat and also to completely dry meat, fruit, and grains. In time, people developed
technologies to collect solar energy for heat and also to generate electricity.

Solar thermal is used for heating For example, it is used to heat:

– Water for homes, buildings, and pools
– Within houses, greenhouses, and other commercial properties
– Liquids to extreme temperatures in solar thermal power plant

Biomass is renewable energy that is organically produced from plants as well as pets. Biomass is an
important source of renewable energy in numerous nations, particularly for food preparation and also
home heating mostly in developing countries. The use of biomass gas for transport as well as for
electricity generation is boosting in lots of established countries as a way of avoiding carbon emissions
from fossil fuels. In 2020, biomass made up approximately 5% of the total primary energy use in the
USA.

The sun produces stored chemical energy that is contained in biomass. Through the process of
photosynthesis, plants generate biomass. Biomass can be burned converted to renewable liquid and
gaseous fuels or burned for heat.

Biomass resources for energy include:

Transportation fuels, such as ethanol and bio-mass diesel fuel are considered biofuels that are made
from biomass products. They can be used on their own or blended with other petroleum fuels (i.e.,
home heating oil). We can reduce the amount of imported gasoline and diesel fuel by using ethanol or
biodiesel. Burning ethanol and biodiesel are much more eco-friendly than gasoline and diesel.

Straight usage and district furnace
District and direct use heating systems utilize warm water from springs and reservoirs that are located
near the surface area of the earth. There are numerous hot springs that are used for bathing and some
people believe that the hot springs generate mineral-rich waters which could have health benefits.

Geothermal power plants are used to generate electricity and the process requires water or heavy
steam at extreme temperatures such as 300 ° to 700 ° F. Geothermal electricity generation facilities are
typically built where geothermal reservoirs are located and are within a mile or two of the earth&#39;s
surface area.

Geothermal heat pump make use of the constant temperatures near the surface of the planet to heat
and also amazing buildings. Geothermal heat pumps move warm from the ground (or water) right into
structures during the wintertime as well as reverse the procedure in the summer season.

The energy in the core of an Atom is nuclear energy. Atoms are the small bits in the molecules that
comprise gases, liquids, and also solids. Atoms themselves are comprised of three particles called
protons, neutrons, as well as electrons. An atom has a core (or core) having protons and neutrons,
which is surrounded by electrons. Protons lug a favorable electric fee, as well as electrons carry an
adverse electric fee. Neutrons do not have an electrical charge. Massive energy is present in the bonds
that hold the core together. This atomic energy can be launched when those bonds are broken. The
bonds can be appeared nuclear fission, and also this energy can be used to produce (generate) electrical
energy.

Nuclear plants mostly use uranium for nuclear fission. Although it is a common metal found in rocks,
Uranium is a non-renewable source of energy.