The effects of Climate Change on Homes in New York City 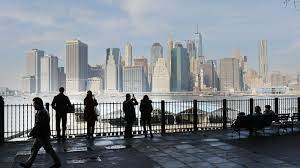 The effects of Climate Change on Homes in New York City were recently felt by the flooding and dangerous winds that were created by Hurricane IDA.  More than 3 inches of rain fell in one hour, which caught everyone by surprise. Sixteen (16) individuals lost their lives in New York and geysers of water poured through subway stations. The Mayor stated that “This was a whole different reality…” and this is just a glimpse into the effects of climate change and how it will affect our lives and our homes in New York.

This isn’t the first time that New York has felt the impact of climate change. Do you remember on July 8, 2020, a storm rolled through the city and filled roadways and some subway stations on Dyckman Street, on the A line with 28,000 gallons of water? Overall New York has seen a 350% increase in downpours since the 1950s.

Additional factors include facts like New York City already received an F in ozone pollution levels from the American Lung Association, an F! Heat exhaustion, heatstroke and heart problems in addition to asthma, and heat-related deaths are expected to increase by 70% in New York by 2050, that’s only 29 years away.

We shouldn’t think that it’s too late to make a change; we have the ability to make decisions that not only can help slow down the crisis we are experiencing but to educate and protect you and your families as these occurrences happen now and in the future. The city’s Office of Emergency Management (OEM) has created an interactive workbook in 13 languages that will help you prepare for the worst. Also, it’s important to know what hurricane zone you live within. The State of NY has created a simple guide that will help you determine that, which in turn will allow you to better prepare for these events. Visit Know Your Zone and make a plan with your friends, family, and neighbors to ensure your safety when you need it.

Renewable energy provides an opportunity for us to reduce harmful carbon emissions by migrating away from fossil fuels, which produce greenhouse gases that destruct our environment. Our goal at ABEST is to serve New York residents with electricity sourced from renewable resources that reduce carbon emissions. Our focus has been to educate and support New Yorkers to take part in this opportunity by offering a renewable option to reduce their carbon footprint. Together we can make a positive environmental change now for our future.