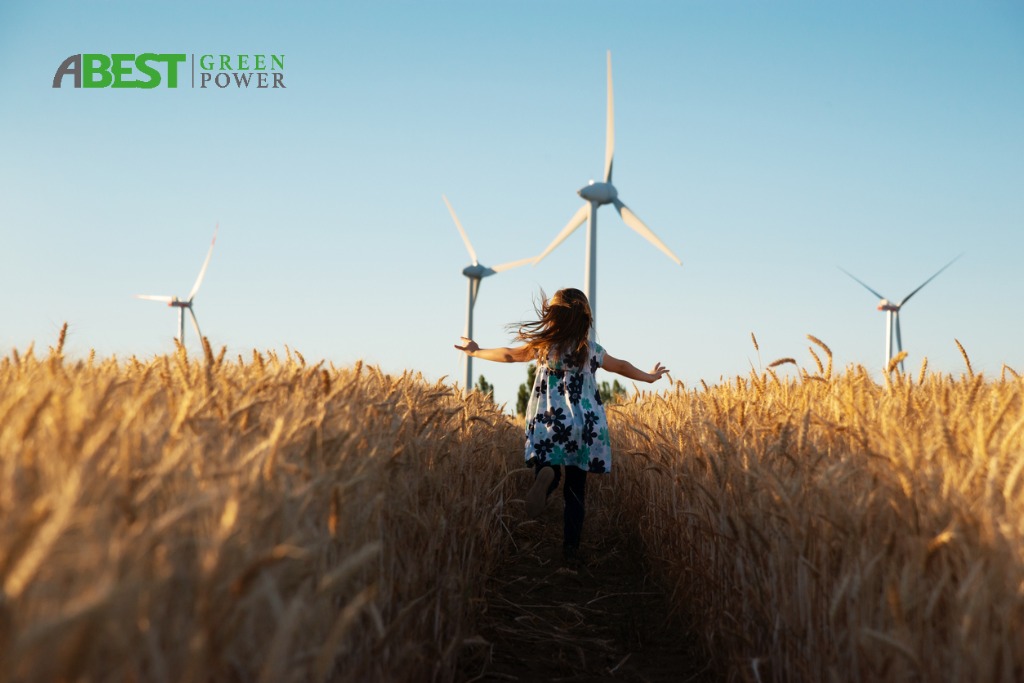 Renewable Energy Is the Future

We’re living in an incredible time of advancement and awareness of the use of renewable energy and how its long-term benefits can preserve our beautiful planet.

We know that pollution is caused by burning harmful fossil fuels such as coal, oil, and natural gas which are playing a huge role in climate change. Incredible renewable energy sources are cropping up, all aiming to solve the energy crisis—but we don’t have a perfect solution just yet. What we do have are choices to use renewable energy as alternatives to fossil fuels.

Below are the top six renewable energy sources, plus the science behind them, and how they are leading us to an independent sustainable future.

The 101 | Solar energy is the most widely abundant clean energy source on the planet. As technology advances, it’s becoming more accessible and less expensive for businesses and homes to easily install solar panels.

How It Works | There is a lot of science that goes into creating the makeup of a solar panel. Essentially, the panels are made from solar cells made of a positive layer and a negative layer (like a battery) that create an electric field; the panels then capture the sun’s energy and turn it into electricity. Because the panels are receiving so much sunlight throughout the day (more than the home would need in a day), the electrical currents are able to be stored inside the panel grid for nighttime and cloudy days.

The 101 | Wind energy is also one of the fastest-growing renewable energy sources in the world. The most commonly recognizable wind energy structures are the giant alien-like propeller statues, seen in areas with an abundance of sprawling flat land.

How It Works | The process to obtain wind energy starts with a technology called a Turbine. There are two types of turbines: horizontal-axis and vertical-axis turbines. The giant propeller-like structures are horizontal-axis turbines whose large blades face the wind. Turbines convert the kinetic energy (energy created by motion) of the wind into “mechanical power.” Once the wind gets the propellers moving, the connected shaft spins a generator to create electricity.

The 101 | Hydropower is the process of capturing energy from water using turbines and generators. Hydropower has been used since the late 19th century to create electricity.

How It Works | Just like wind energy, hydropower works by harnessing the kinetic energy of water to create electricity. Within the system of a hydroelectric plant, there are three main parts: the power plant where the electricity from the water is made, the dam that is used to control the water flow by opening and closing, and a reservoir where the water is stored.

The 101 | Biomass is the process of using organic waste matter from plants and animals to generate bioenergy.

How It Works | Biomass is one of the oldest methods of obtaining energy, that harnesses energy stored in matter, like animal waste, decomposing waste, and plants. One common method for biofuel production consists of catching the matter on fire, which then produces steam. This steam energy then powers a generator using a turbine, and voilà—electricity! This process is carbon neutral, unlike fossil fuels.

The 101 | Geothermal energy extracts the steam from the geothermal reservoirs beneath the earth’s surface (think hot springs).

How It Works | A hole is drilled into the earth’s surface that taps steam and very hot water to power generators on the surface, which then creates energy. It sounds a bit intense to think about drilling into the heart of the earth, however, the methods of extraction are quite a low impact. There are concerns with surface instability, however.

The 101 | Nuclear energy is the largest low-carbon source of electricity. Nuclear is a highly debated and complicated scientific system that some believe, if done right, could be the true answer to a lasting and sustainable green energy solution.

How It Works | To put it simply (just kidding there is no way to put this simply), the process starts by mining a small amount of uranium (a heavy metal formed billions of years ago) from the earth’s crust. The uranium goes through a process called “fission” (splitting of an atom). This process creates a tremendous amount of heat—which is used to produce steam that is collected by a turbine generator to make electricity. Once this complicated fission process begins, it does not stop for a long time, meaning that with nuclear energy we could have power for centuries.

There is a tremendous amount to be learned about renewable energy alternatives but there is no doubt that each one plays a significant role in moving us towards an independent clean energy future.

Our goal at ABEST is to serve New York residents with renewable electricity to help reduce their carbon footprint. Our focus has been to educate and help New Yorkers do their part to help fight climate change by offering eco-friendly products and services. Renewable energy helps to reduce emissions by creating a way to move away from fossil fuels, which contribute, to the harmful greenhouse gasses.